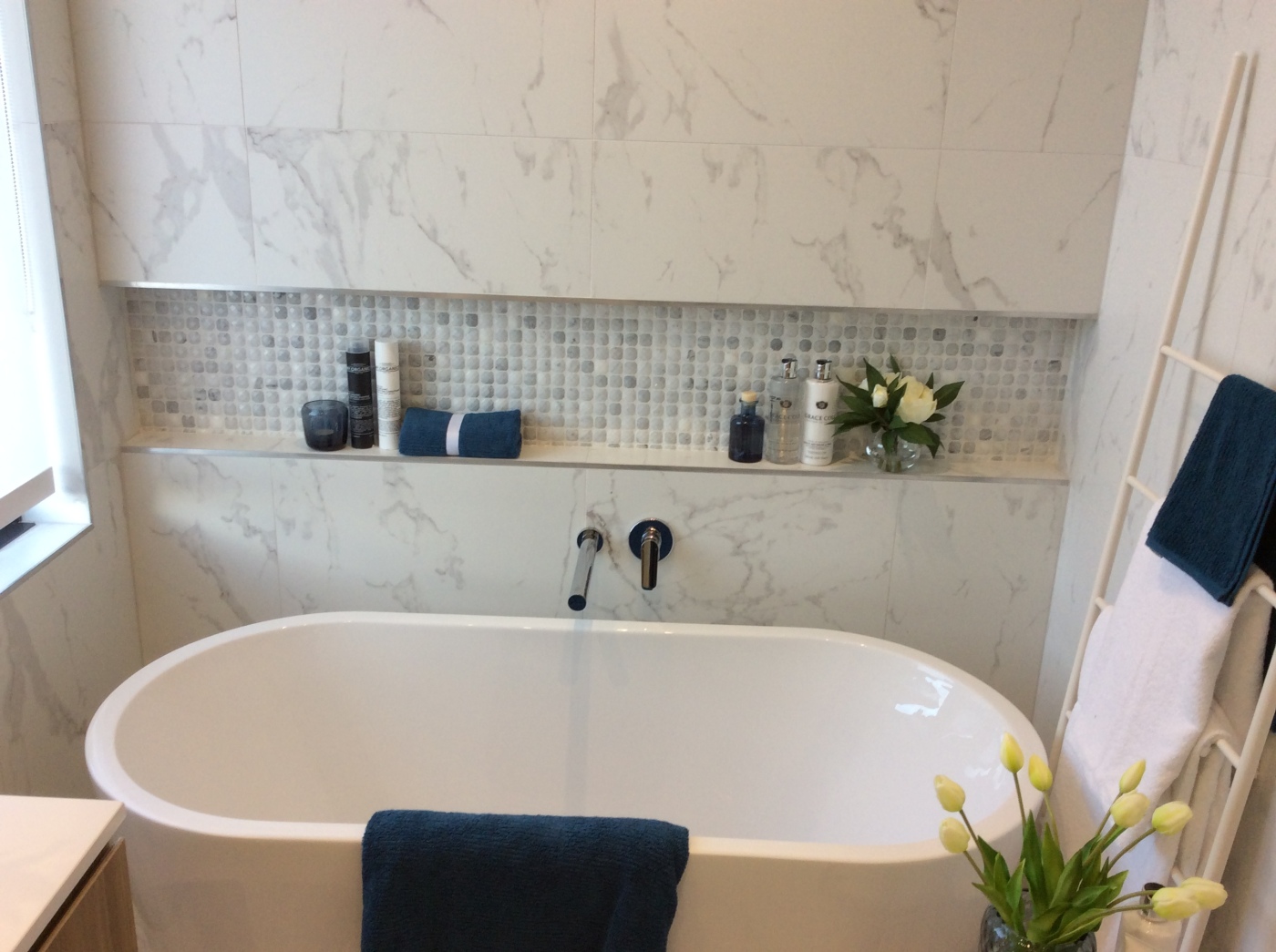 Bathroom niches come in all sorts of shapes and sizes.

Building with Porter Davis you have a few options.

The way they build a niche is that they insert it into the wall cavity, they are always 90mm deep, this is the width of the wooden framing, ergo its the depth of your internal walls, so your niche sits inside the wall and shares the plasterboard of the adjoining room.

The measurements that are quoted are of the wooden box that they make your niche out of, the size is smaller after the tiles go in. 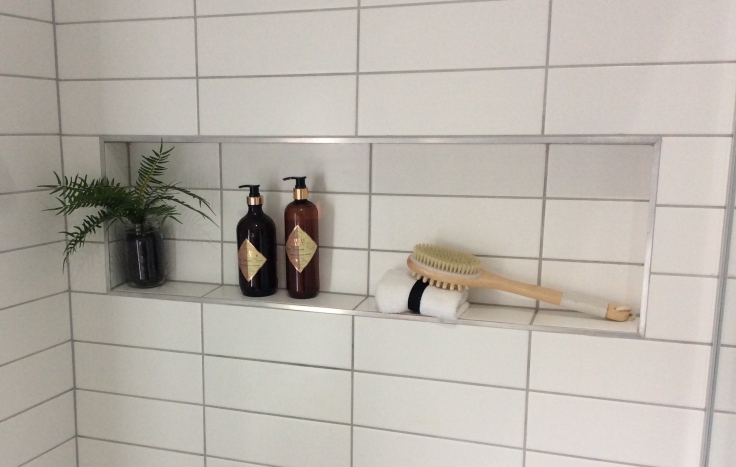 However, there are more option available, you just have to ask for them.

After seeing niches that were the full length of the wall we asked about costs and adding it to our build, quite a few staff said no, but our dogged persistence got us to a staff member that said yes. 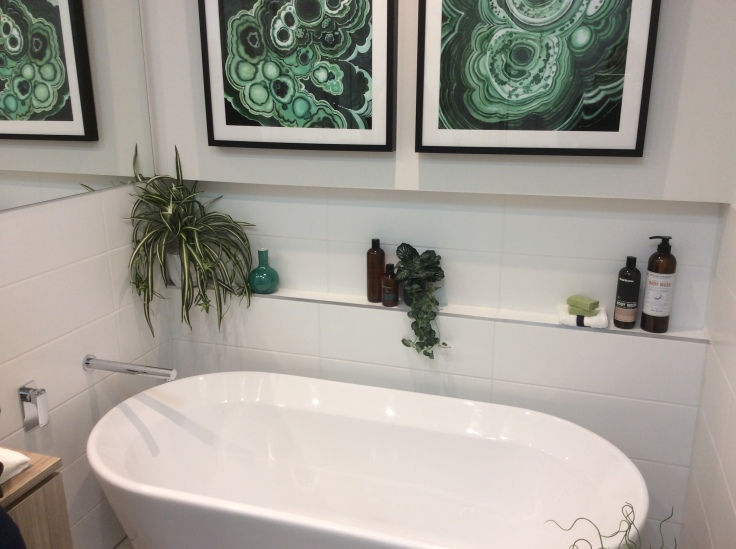 Our Master ensuite shower backs on to our main bathroom bath, in each area we wanted a full-width niche, however, because they share the same wall we had to be creative.

The default height is 1200mm above floor level.

In the main bathroom, I also wanted a full wall niche. However, because of the shower taps and plumbing in the wall for the ensuite and the showers niche above, we had to think outside the box.

We ended up adding in an additional wall in front of the internal wall. This created an area to put the niche in, as the internal wall is now 180mm wide. We shunted the bath and window over to accommodate this new wall. 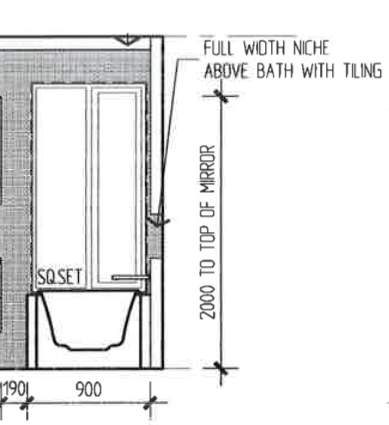 It’s listed in our quote as a half height tiled wall to the bathroom to run the full width of the wall near the bath @ $176 (a lot cheaper than the full-width niche in the master ensuite, even though it is effectively the same thing)

As this one is for a bath and not a shower, I wanted to be able to reach it when inside the bath, so we had it noted that this would be at 900mm above floor level rather than the default 1200mm.

We opted to have the wall come back out at the top to finish off the look and have it look like a niche rather than a short wall like the pic below.

I have been told that the tiles on the shower walls are the same tiles used on the bottom, sides and top of the niche and only the back of the niche can have a feature tile installed. 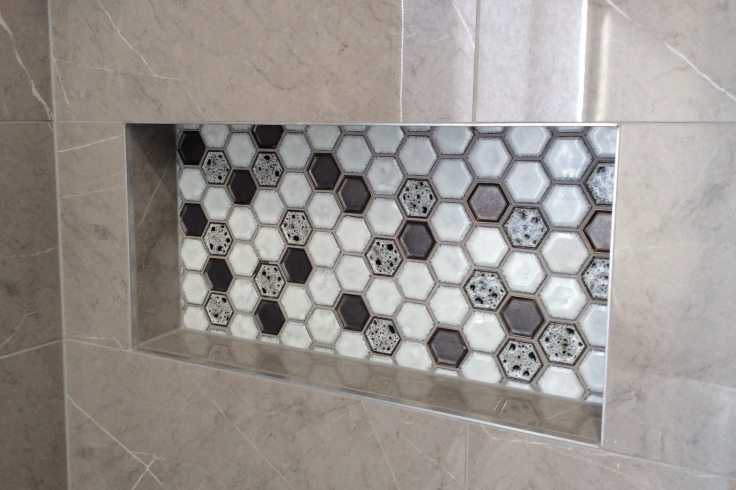 Around the edge of all niches is a silver strip, people who are getting square set windows with full tiling also have the same strip around the window frame.

We had seen in two Porter Davis homes, where they had used stone on the bottom shelf in their bathroom niches.

After being told no from several people despite having photo evidence that they have it displayed in their show homes, the Team Manager at WOS let me know that it could be done.

We crunched the numbers and decided that the cost was too excessive to be included in our build. In the photos above and below, they have 40mm-60mm stone.

Costs for stone are the same as the benchtops, just work out the square meterage. If you want it thicker than 20mm then its priced at WOS or contract. 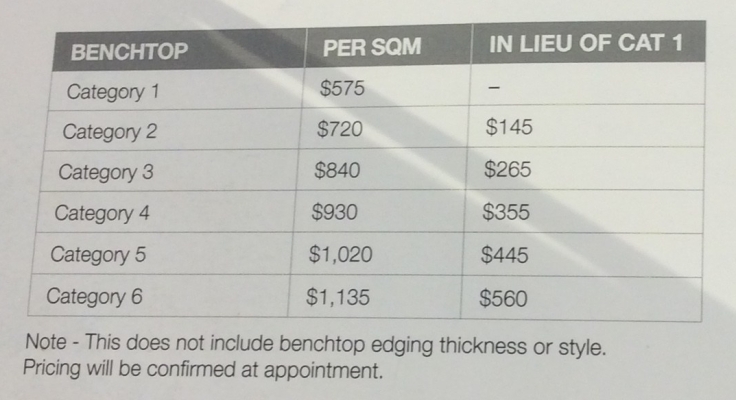 According to a PD Sales Consultant, Porter Davis will only build niches on internal walls and never locate them on an exterior wall. This is because they had a lot of trouble with condensation settling on top of the niches framework located in exterior walls that caused them to rot and created major problems after hand over.

So take some time and decide where you would like to keep all your shampoo/conditioner/body lotion bottles, soaps, scrubs and razors. We don’t live in show homes, our bathrooms have more than just the stylish accoutrements of non-absorbent towels and overpriced but luxurious hand lotions. 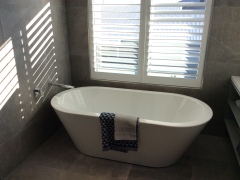 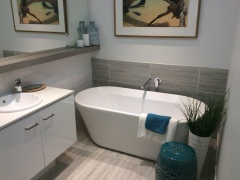 4 thoughts on “Find your niche”