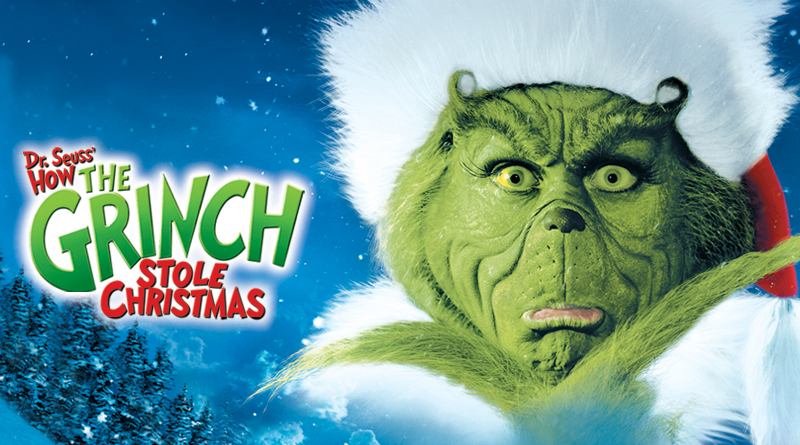 When we signed our contract on the 1st of November 2017, we thought that 14 months would be more than enough time to build a house and move in.

My Dream was to celebrate Christmas in my new home with friends and family from around the world.

On the very first day we meet our site supervisor, I said – ” I need to be in before Christmas” this was back in February and we were reassured then and multiple times along the way (when I say multiple – I mean every single time we meet with him) That YES we would be in by Christmas.

There have been delays along the way, for instance, our slab sat for over a month with no action as the framing contractor our Site Supervisor wanted to use was in Bali (or some tropical island) repairing his holiday home after a storm.

Along the build, every stage seemed to be agonisingly slow. It appeared to us that every trade had to come back at least twice if not 4 times to complete their stage of the process satisfactorily. 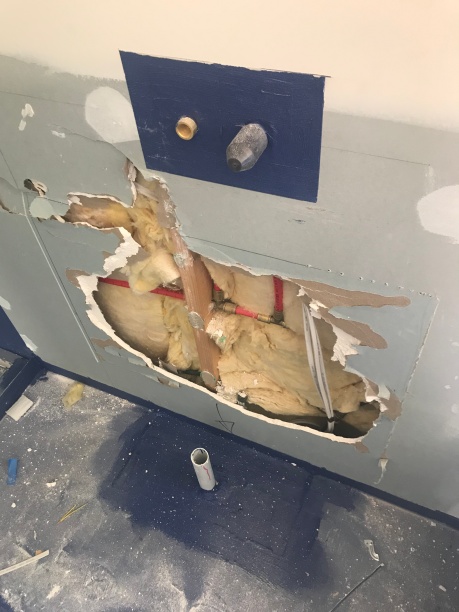 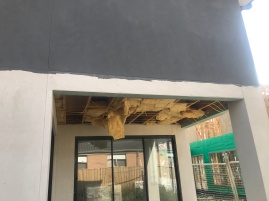 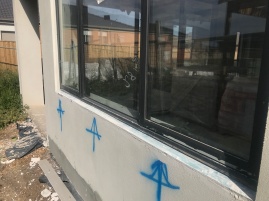 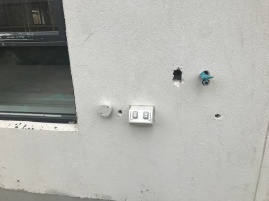 The kitchen fiasco just seems to be the current excuse, yes the kitchen was built in the wrong colour but soooooooo many other aspects of the kitchen were built incorrectly that the colour was just the icing on the Christmas cake.

The kitchen issue was identified on the 6th of September, only this week – the 22nd of November, was the Porter Davis Purchase orders placed with the cabinet maker, to rebuild the kitchen. I’ll take the mental arithmetic out of your hands, that’s 77 days or 11 weeks it took, to confirm the correct plans, assign responsibility between Porter Davis, Kitchen Culture and the Cabinetmaker and to commission the new Kitchen, Galley, Laundry and 3 of the 4 bathroom vanities. One vanity was built correctly – not a great batting average. 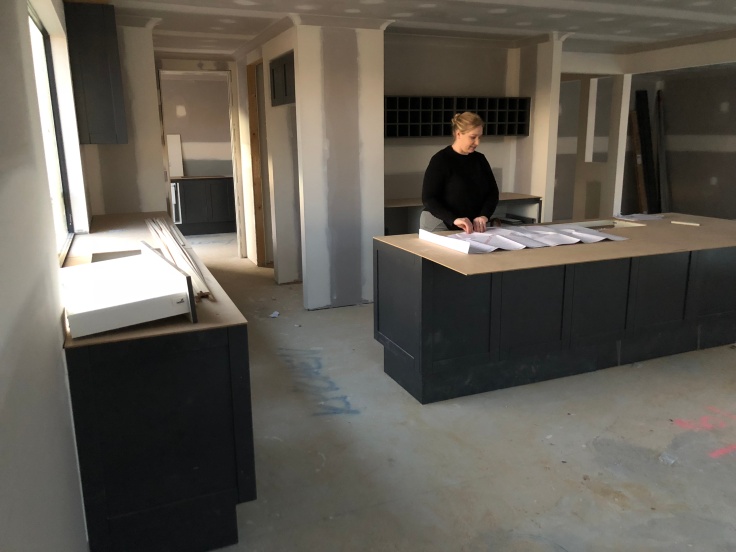 Porter Davis have two contractors they use for their cabinet making. One that builds the high-end houses (ie the Prestige Range) and their the kitchens, galleys and bathroom fit-outs and one that builds their Smart living and Advantage Range homes, the jobs are shared out between the two companies at the start of each month.

They two different companies also build the display homes, so the Kitchen you fell in love with in a prestige home and want to replicate in your Advantage home, it will be built by a different cabinet marker. 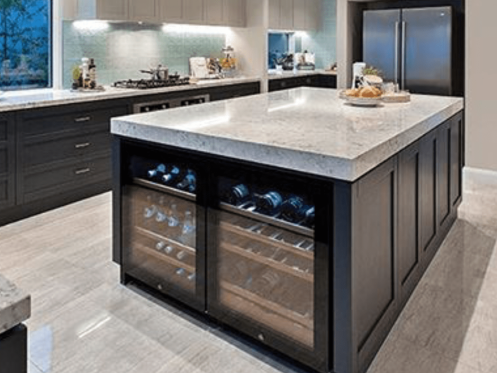 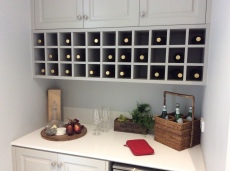 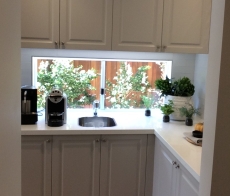 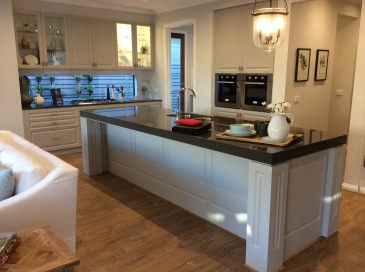 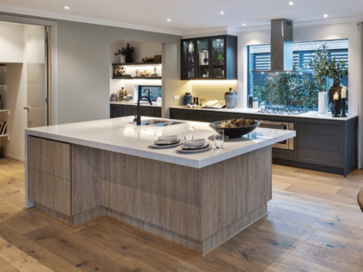 I found this out because our kitchen has quite a lot of detail included in it, more so than the standard house fit out. After many months (you could almost say a year) of scrutinising Porter Davis display homes, we hand-picked multiple elements of different PD display home kitchens and included them in our house plans. However, the cabinet maker that turns-out the mass market kitchens -doesn’t know how to make the options we had picked and apply the level of detail needed to make it look aesthetically pleasing.

This was very apparent in the laundry, where the negative edge detail disappears behind an UGLY laminate panel that did not need to be there. Any cabinet maker worth their salt could have looked at the requirements and worked out an attractive solution. But no, the contract went to the cheapest bidder because we are an Advantage range house – even though we are paying over $190,000 to upgrade our house over the base price, including $32,000 spent on the kitchen alone in upgrades. A slap-happy excuse for a blind corner cabinet was delivered. 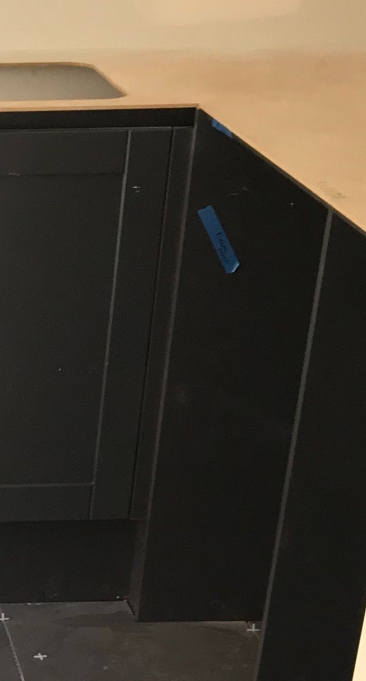 The plans we signed off on, worked on the assumption that the cabinet maker who built the display homes, would know how to build the requirements asked for in our plans. This meant, 1 year after attending WOS to pick our colours and selections, we went back again to sit with our dear old friend at Kitchen Culture and reworked the plans to include the level of detail needed for a 3rd party joiner to make our cabinet requirements accurately. 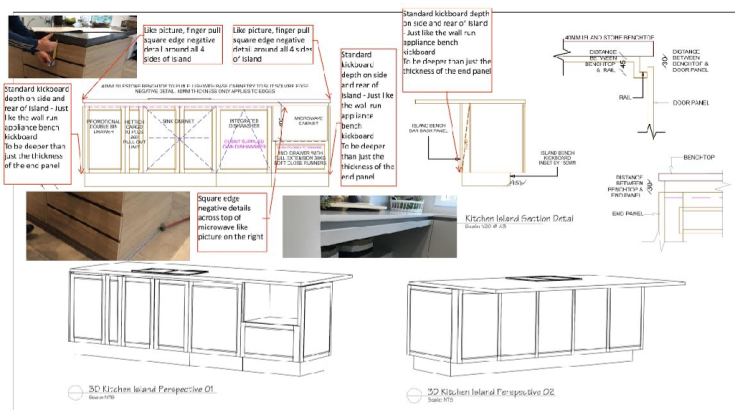 The kitchen does indeed slow down the house build, because the correct cabinets are not in, the stone cannot be installed, the splash back tiling cannot go in and the plumbing fit off cannot happen to name a few trades affected by this (monumental cock-up).

For those of you playing at home, this is what our current timeline looks like:

Construction commencement date: 15th February 2018
The total HIA build days for the house is 266 days.
Minus the Christmas allowance as this was not applicable – 28 days
Delays claimed for private building inspector so far + 8 days
Build days allocated total so far = 246 days

So you would think that as of the 19th of October, the rest of the unaffected areas of the house would be 100% complete and we are just waiting on the kitchen to be built (which takes 2-4weeks I have been advised) 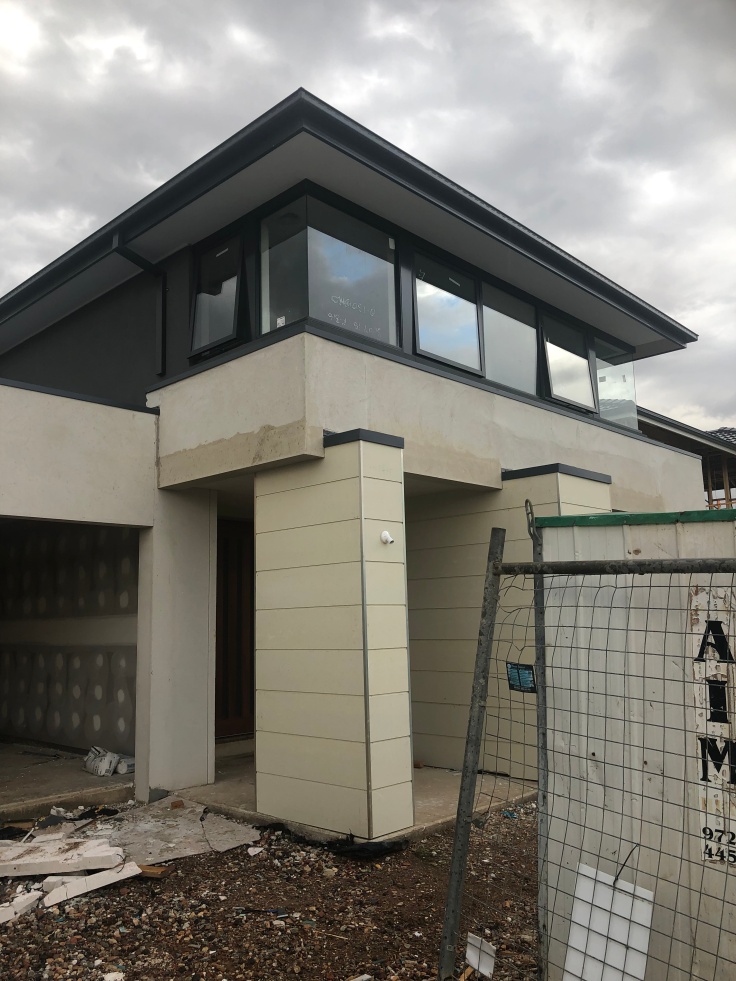 So the 14-18 people that are expected at my house to celebrate Christmas, including international travellers from Brazil and New Zealand (do we count Adelaide travellers as internationals – it is far enough away) will have to be housed in Hotel/Motels and all squeeze into our tiny rental property on Christmas day. 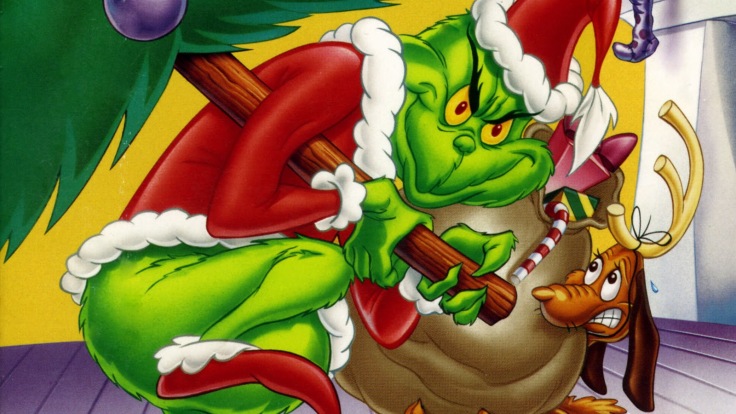 “RESPECT THE DREAM”  – My dream was Christmas in my new home!!

2 thoughts on “The Grinch who stole Christmas​”